How-To Writing: English in the Kitchen 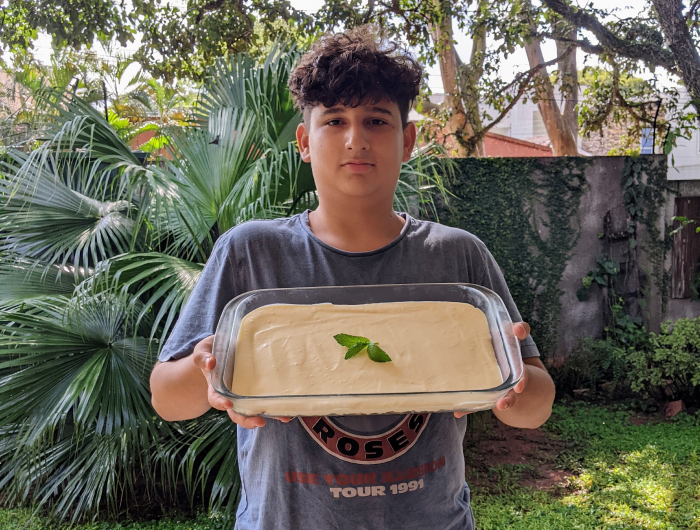 Recently, one of my students and I have been learning about process writing, or how-to writing, which can be a great, accessible place to start writing instruction (beyond the sentence level). Whether we realize it or not, we see how-to writing all the time, in the form of recipes, manuals, or other written instructions, so it’s a familiar structure, and a straightforward format to write in.

Although how-to writing mostly consists of numbered steps in a process, I always have my students include an opening line, which functions as an introduction or topic sentence, and a closing line that acts as a concluding sentence. Adding these two sentences at the beginning and end of the process introduces the idea of basic paragraph organization: a topic sentence that tells the reader what will follow, supporting details, and a conclusion that ties everything together. Then, when we move on to the next writing unit, that idea has already been established and students feel more confident in their writing know-how.

At a previous class, I had taken my student to the kitchen and given him verbal instructions for a simple no-bake chocolate cookie recipe, which he followed as he mixed up a batch of cookies. Then we went back to the classroom, where he wrote down the process as a how-to paragraph, complete with an introduction and conclusion. For homework, I then assigned him to carefully write another set of instructions, for an activity of his choice – but something we could accomplish in half an hour. I told him I would attempt to complete that activity following his instructions, to see how accurate and usable they were.

Before class, I was a little nervous, not knowing what process my student would try to teach me, but I expected we might learn something simple, such as how to throw a rugby ball or play a certain chord on a guitar. Imagine my surprise when he appeared with a large bag full of kitchen tools and ingredients including sweetened condensed milk, cream, cookies, and lemons! He announced proudly that we would be making his mom’s famous lemon pie recipe. We headed to the kitchen again, with his written instructions in hand, and I set to work making pie. Happily, the instructions were almost perfect (he had only forgotten one minor step in the process), and the pie was incredibly delicious! When it was finished, we sat outside on the porch and enjoyed some large helpings – a scrumptious end to a fun and learning-filled class.